Alien...Android...Majin... Faced with powerful villains threatening Earth's peace, the warriors of justice, the "Heroes", will stand up against these evil-doers! But when the dust settles, who will be the ultimate enemy awaiting your arrival!?

In this event there are limits on which characters you can put on your team! Join this event and you will have a chance to get the following characters: [Raging Rampage] Hatchiyack [SSR]
[Resolute Assault] Gohan (Youth) [SR] [Vengeful Spirit] Dr. Lychee [SR]

* Obtaining Dragon Stones as a clear reward can only be done once. * You will have a chance to get some of the rewards when re-clearing certain stages. * You cannot join this event with characters of Extreme Types or those that can be Awakened into Extreme Types on your team. * In the PHY, AGL, INT, TEQ or STR banned stages, Super characters of the corresponding Type cannot be included on your team either. * Not all hero characters turn into Super Types after Z-Awakening, while not all villain characters turn into Extreme Types after Z-Awakening. * The details of stage limits can be found by tapping the button on the left of stage name on the "Select Friend" page. * Selecting a stage-specific character will not give you Friend Points. * Stage 1 ~ 13 are only available on Hard while Stage 14 ~ 23 are only available on Z-HARD. * Please form a team including all Super Types before entering Stage 14 ~ 23. * If your team does not meet the limits, there will be a "triangle sign" on all of your friends' character icons, but you can still change your team formation after selecting a friend character.

In this event you can collect the Awakening Medals required to Dokkan Awaken Majin Vegeta and Majin Buu (Good) to let them transcend the UR limit, reaching a maximum level of 120! 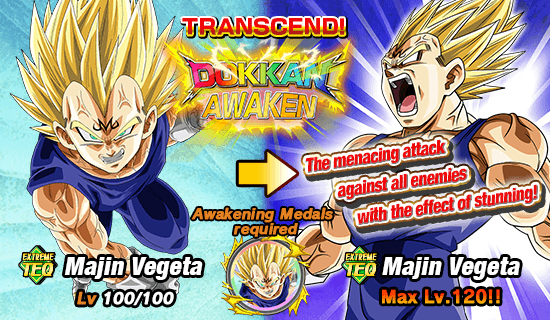 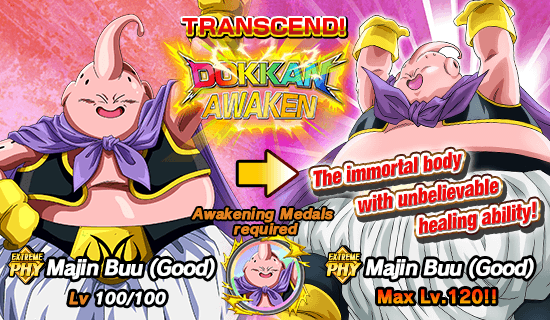 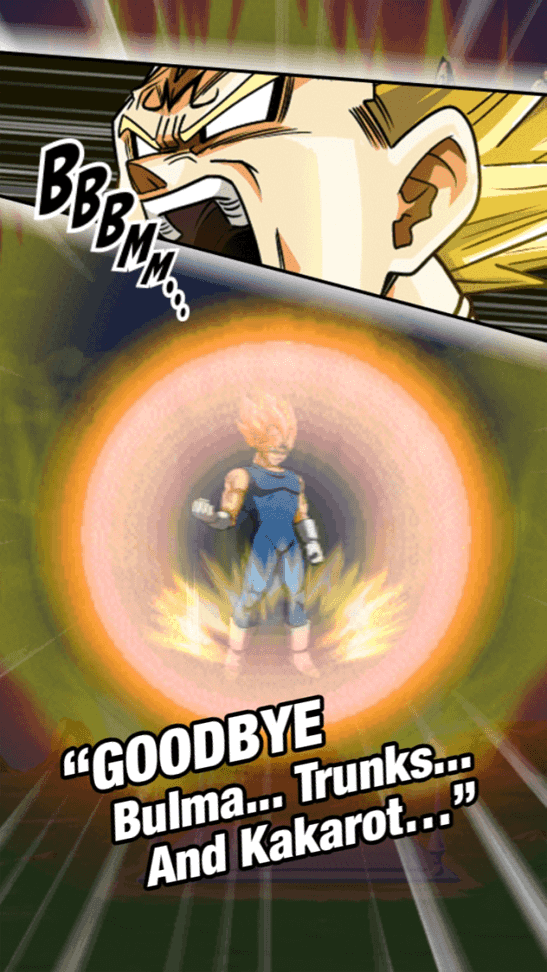 * The above are the maximum stats of the characters after Z-Awakening.

22:30 on Friday ~ 22:29 on Sunday (PST) every week * Caution: Event Times in Dokkan Battle are listed in Pacific Standard Time (PST) instead of Pacific Daylight Time (PDT). * Please note that the event content and dates are subject to change without prior warning. We hope you continue to enjoy playing Dragon Ball Z Dokkan Battle!
PayPal Donation Donate Bitcoin