Universe 7's God of Destruction has awoken from his slumber in search of a powerful opponent!
Engage in a clash that will send a series of tremors throughout the universe! 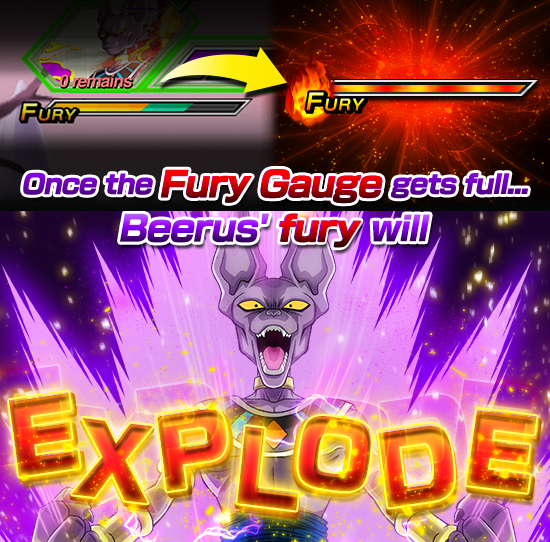 [Premonition of a Great Fight] Beerus can be Dokkan Awakened with Awakening Medals obtained from Stage 3! 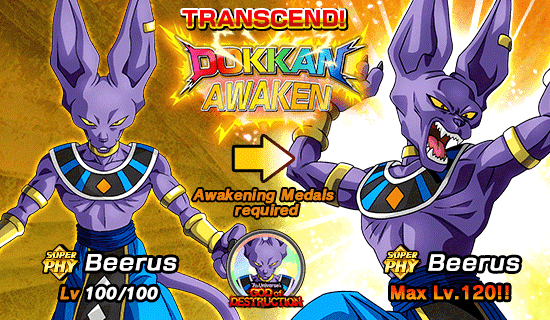 * The effect "attacks guaranteed to hit" allows characters to nullify enemy characters' evasion skills. This effect does not apply to enemies who nullify attacks by activating skills such as barriers.
[Godlike Skill] Whis can also be Dokkan Awakened! 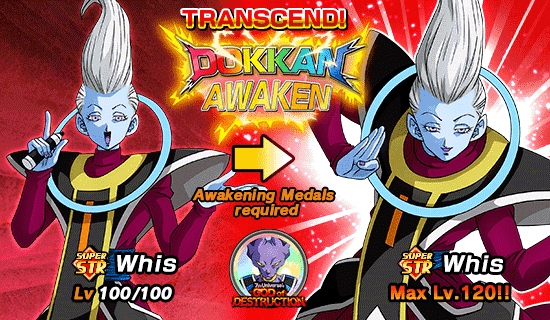 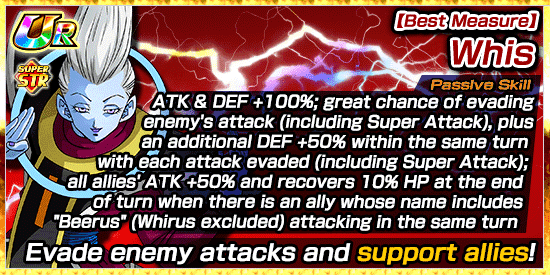 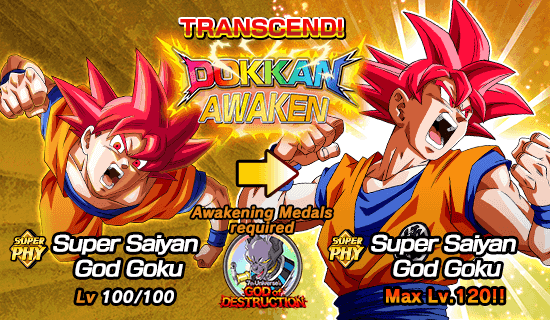 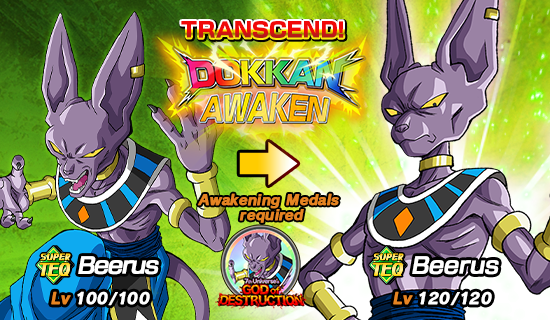 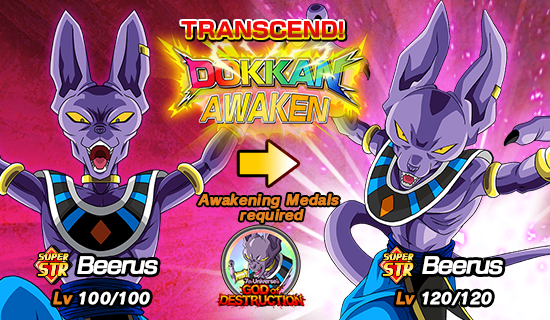 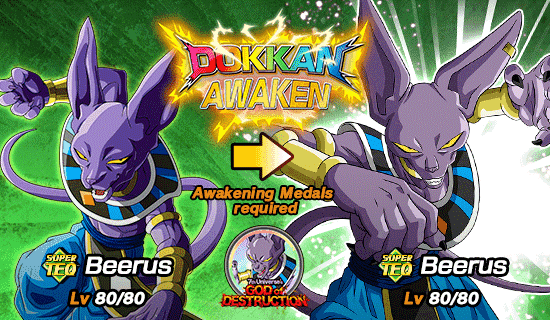 One Dragon Stone will be rewarded for clearing each difficulty from Stage 1 to Stage 3. (6 Dragon Stones are available in total.)
* Obtaining Dragon Stones as a clear reward can only be done once.