[Ecstatic Combat] Super Saiyan Goku can be Dokkan Awakened! Take on the event to collect the required medals for Dokkan Awakening!View Event

A legendary warrior who has transcended the limit awaits ahead!
It is a long tough journey to become an LR...
Yet, once you survive these trials, you will be the strongest of them all!
Win the ultimate battle where "Continue" is not allowed, and head straight to the "LR" realm!

In "Transcended Warrior", only characters recruited from events and quests can be included in your team!
The following characters are not allowed to join this event: 1. Characters obtainable from Summon Events. 2. Characters obtainable from campaigns. 3. Certain characters obtainable upon mission completion.
* The above characters cannot join this event whether they are Z-Awakened, Dokkan Awakened, Z-Awakened after Dokkan Awakening or Extreme Z-Awakened after Dokkan Awakening.
* Certain characters are excluded from the above conditions.
* You'll have a rare chance to recruit [Furious Limit-Breaking] Super Saiyan Goku [SSR] upon re-clearing Stage 1.
* Exclusive Awakening Medals cannot be obtained in Stage 1.
* In Stage 4, you will not only have a chance to get the exclusive Awakening Medal "Legend's Mark (SS Goku)" but also have a higher chance to recruit [Furious Limit-Breaking] Super Saiyan Goku [SSR] compared to Stage 1. 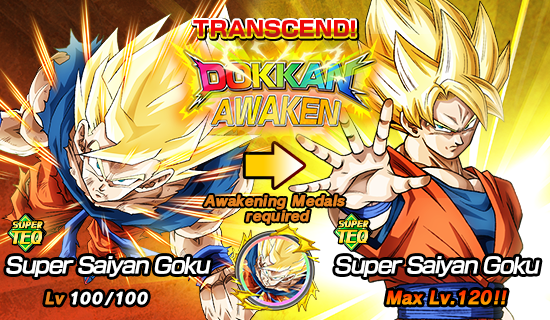 In addition, [Immovable Entity] Super Saiyan Goku [UR] can be Dokkan Awakened into an LR, raising his maximum level to 150! 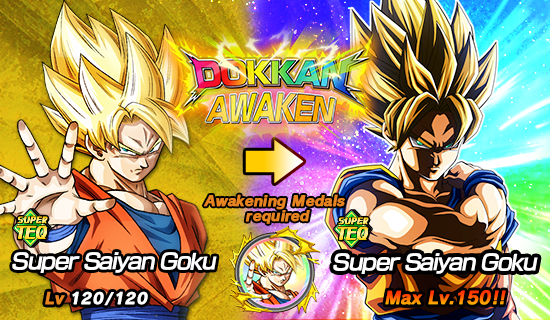 [Ecstatic Combat] Super Saiyan Goku recruited from Summon Events can be Dokkan Awakened to transcend the UR limit, raising his maximum level to 120! 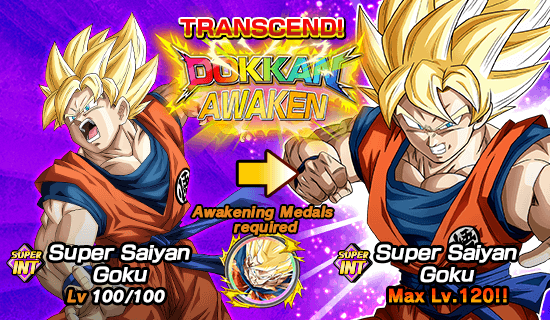 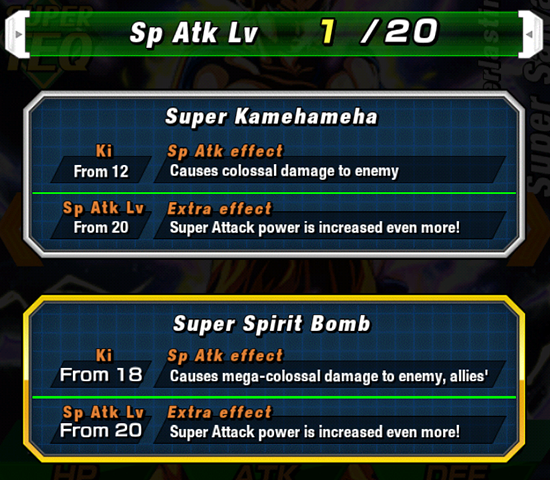 22:30 on Monday ~ 22:29 on Tuesday PST 22:30 on Saturday ~ 22:29 on Sunday PST
* Caution: Event Times in Dokkan Battle are listed in Pacific Standard Time (PST) instead of Pacific Daylight Time (PDT).
* During special campaigns, this event may be available outside of the time listed above.
* Please note that the event content and dates are subject to change without prior warning.
We hope you continue to enjoy playing Dragon Ball Z Dokkan Battle!
PayPal Donation Donate Bitcoin