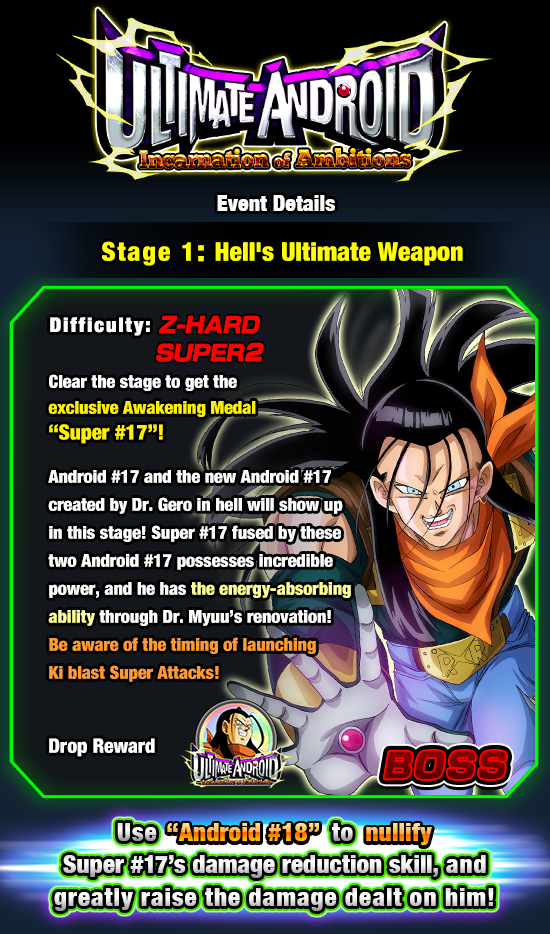 * Please tap the "Character" button to check the detailed character list. * "Android #18 (Future)" and "Androids #17 & #18" can nullify the damage reduction skill and increase damage!
Stage 1 "Hell's Ultimate Weapon" is only available on Z-HARD and SUPER 2.
* Super #17 will use the damage reduction skill on each difficulty.
The "Super #17" in this Dokkan Event will change his fighting strategy depending on the battle situation!
When his barrier is activated, the damage dealt on him will be greatly reduced. However, the gauge of the barrier will decline when "Super #17" is hit by Ki blast Super Attacks!
When the gauge of the barrier is down to zero, "Super #17" will deactivate the Barrier and switch to energy-absorbing state! 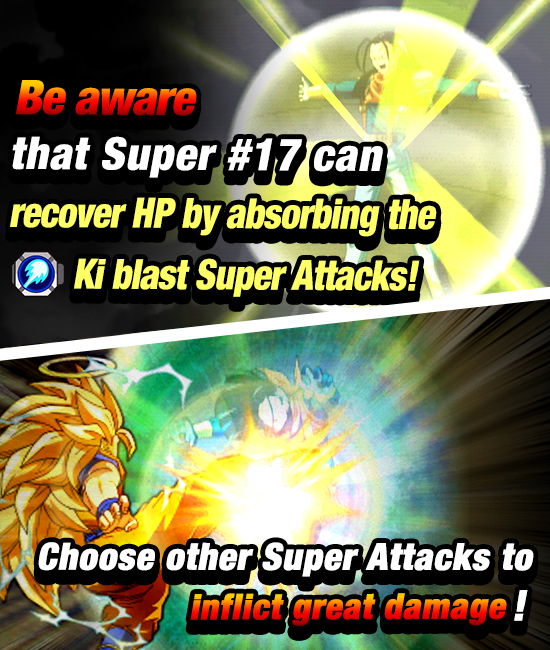 [Nightmares Incarnate] Super #17 obtained from "Dokkan Festival" can be Dokkan Awakened to transcend the UR limit, reaching the maximum level of 120!" 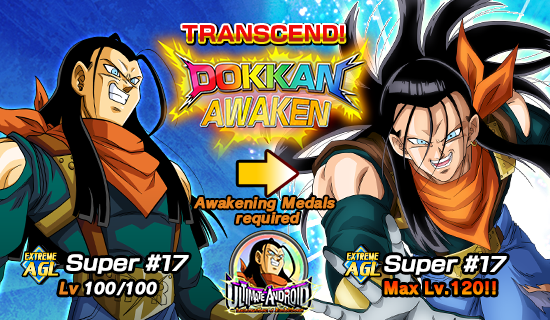 [Message from Hell] Hell Fighter #17 obtained from Summon Events can be Dokkan Awakened to transcend the UR limit, reaching the maximum level of 120! 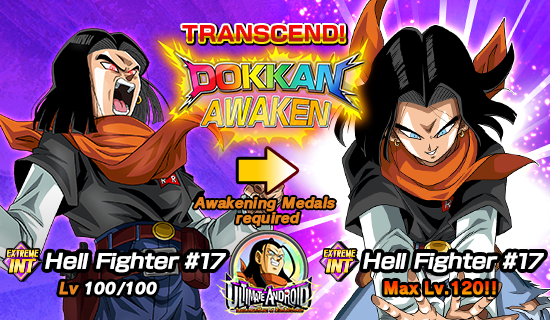 [Hell and Earth in Unison] Android #17 obtained from Summon Events can be Dokkan Awakened to transcend the UR limit, reaching the maximum level of 120! 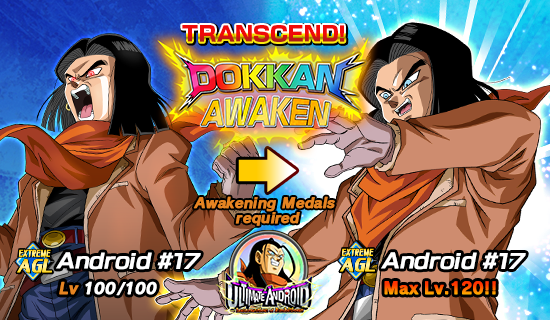 Moreover, [First Step of the Plan] Hell Fighter #17 and [Blackened Heart] Android #17 obtained from Summon Events can both be Dokkan Awakened! 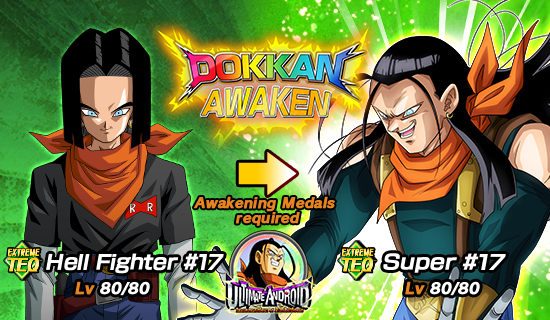 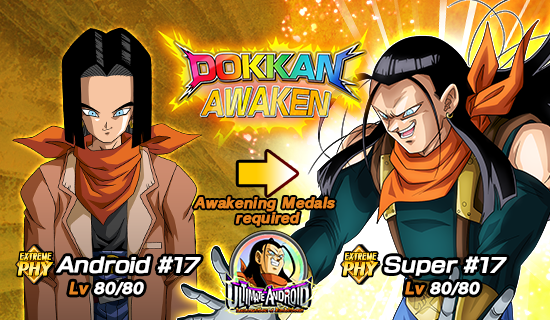 22:30 on Sunday ~ 22:29 on Monday PST 22:30 on Friday ~ 22:29 on Saturday PST
* Caution: Event Times in Dokkan Battle are listed in Pacific Standard Time (PST) instead of Pacific Daylight Time (PDT).
* During special campaigns, this event may be available outside of the time listed above.
* Please note that the event content and dates are subject to change without prior warning.
We hope you continue to enjoy playing Dragon Ball Z Dokkan Battle!
PayPal Donation Donate Bitcoin