Vegito (Candy) can be Dokkan Awakened! Seize the chance to obtain "Dabura Cookie" through the event!View Event 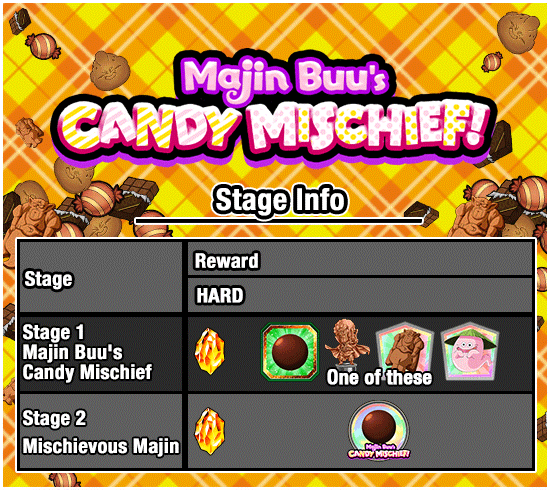 [World's Strongest Candy] Vegito (Candy) can be Dokkan Awakened with the Awakening Medals obtained from Stage 2! 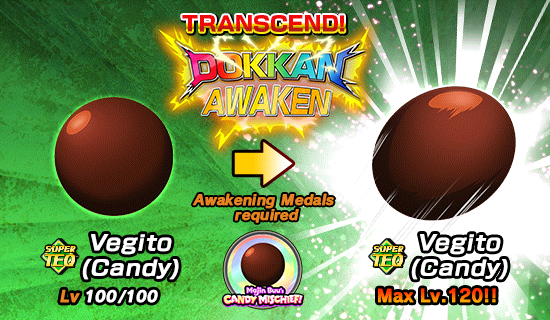 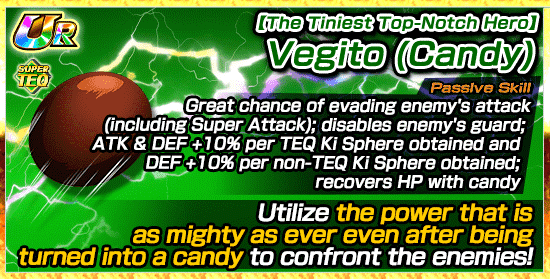 = A Sweet Mischief?! =
- The "?" tile appearing on the map is surely something that will make your heart skip a beat! Is it a trick or is it a treat? You'll never know until you step on it! Do not miss the chance to land on a "?" tile when it appears!
- Obtain the Support Item! Get the Support Item "Dabura Cookie" by defeating Majin Buu (Good) in Stage 1 or stepping on the "?" tile in Stage 2! 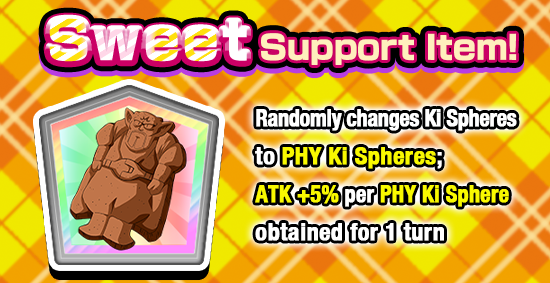 - Majin Buu's Mischief! The event boss Majin Buu (Good) will turn Ki Spheres into candy to satisfy his sweet tooth! Please be aware that you will not be able to charge up your Ki by collecting Ki Spheres that are turned into candy!
- More Powerful Bosses Await in Line! In addition to Majin Buu (Good), other powerful bosses may also appear in Stage 1! Defeat the bosses to gain EXP and items!

"Special Missions" are available in this event! Complete the missions to get fantastic rewards such as Dragon Stones and the Support Item "Dabura Cookie"!
* Please go to the "Special Mission" page for more information about the rewards.
* Missions will not be displayed if they have been completed.
* Please note that the event content and dates are subject to change without prior warning.
We hope you continue to enjoy playing Dragon Ball Z Dokkan Battle!
PayPal Donation Donate Bitcoin