Trunks (Kid) can be Dokkan Awakened to transcend the UR limit! Increase your chance of obtaining bonus rewards with "Storied Figures" Category characters!View Event

Goku and his companions were told about the sealed legendary hero and an approaching evil after encountering a mysterious old man named Hoi.
Tapion, the hero, was freed by the Dragon Balls, yet he disappeared after leaving many mysteries behind.
That very night, a giant monster suddenly appeared and wreaked havoc as he tore through the streets! 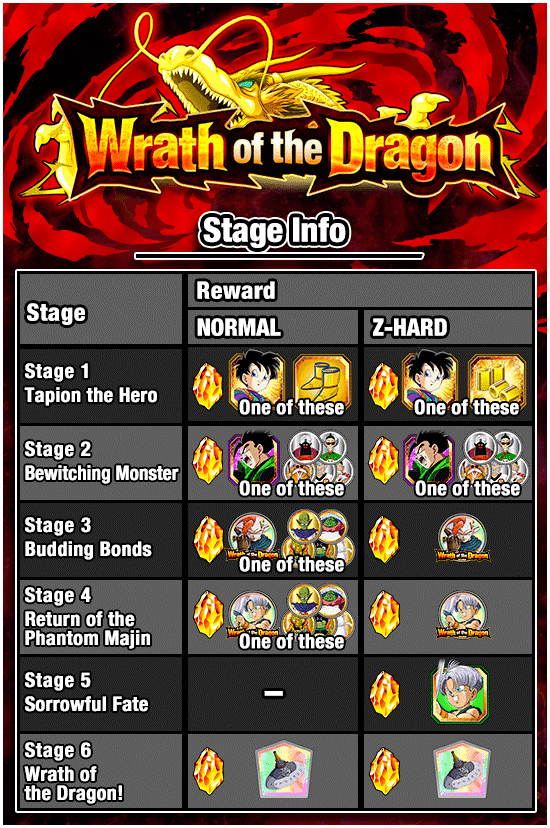 * Stage 5 is only available on Z-HARD. The boss battle in Stage 5 will end in one turn.

Attempt the event to recruit the following characters to your team!

[Wish Entrusted by the Hero] Trunks (Kid) can be Dokkan Awakened to transcend the UR limit with the Awakening Medals obtained in Stage 3 and Stage 4! 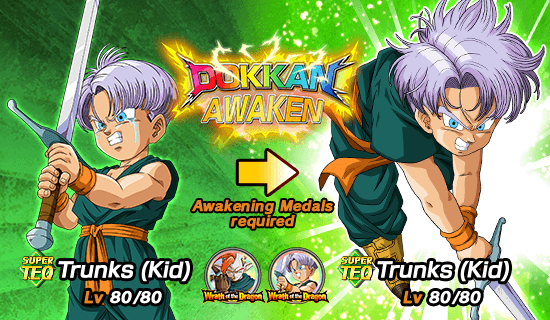 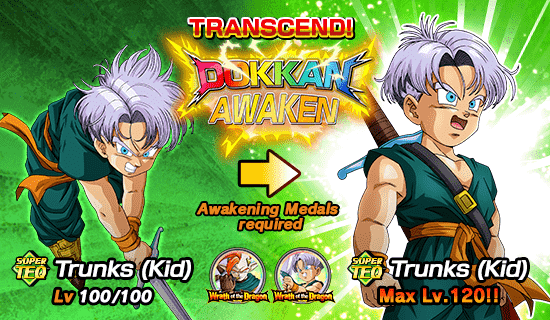 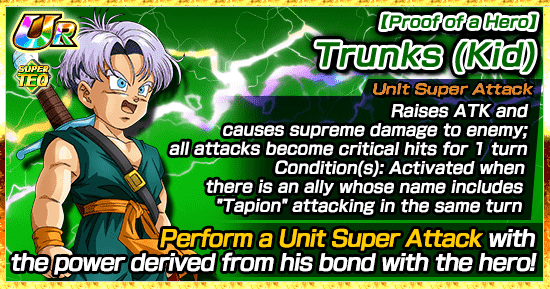 You can get the Support Item "Tapion's Ocarina" in this event! 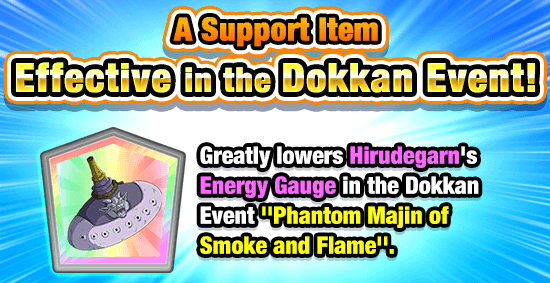 Use "Tapion's Ocarina" in the Dokkan Event "Phantom Majin of Smoke and Flame" to defeat Hirudegarn!

One Dragon Stone will be rewarded for clearing each stage from Stage 1 to Stage 6 on NORMAL or Z-HARD. (11 Dragon Stones are available in total.)
* Obtaining Dragon Stones as a clear reward can only be done once.

"Event Missions" are available in this event! Complete the missions to get rewards!
* Please go to the "Event Missions" page for more information.
* Please note that the following actions also do not qualify in completing the mission "Clear Stage 6 of 'Wrath of the Dragon' on Z-HARD under special cond.", which requires you to clear the stage using only Super Attacks: - Using normal attacks against non-boss enemies. - Performing a normal attack when launching counterattacks or additional attacks.
* "Event Missions" will not be displayed if they have been completed in the past.
* Please note that the event content and dates are subject to change without prior warning.
We hope you continue to enjoy playing Dragon Ball Z Dokkan Battle!
PayPal Donation Donate Bitcoin