Challenge the event to recruit Recoome! Use the Awakening Medals acquired from this event to Dokkan Awaken Recoome!View Event

Members of the Ginyu Force will show up in their exclusive events respectively!
Recruit them and activate their Hidden Potential!
On top of that, all the "Ginyu Force Special Training" events will be available from 16:00 PST on Fridays to 15:59 PST on Sundays!
Grab the chance to collect the exclusive Potential Orbs of each member!
* You can only recruit members of the Ginyu Force from the events during 16:00 PST on Sundays to 15:59 PST on Fridays.

16:00 PST on Thursdays ~ 15:59 PST on Fridays
* Caution: Event Times in Dokkan Battle are listed in Pacific Standard Time (PST) instead of Pacific Daylight Time (PDT).
* During special campaigns, this event may be available outside of the time listed above.

You can also collect character-exclusive Potential Orbs from the map!
If you manage to land on a "Flying Nimbus" tile, you will be taken to a route where you can get more Potential Orbs!

Use the Awakening Medals given as Mission rewards to Dokkan Awaken [Sprightly Swoop-In] Recoome! 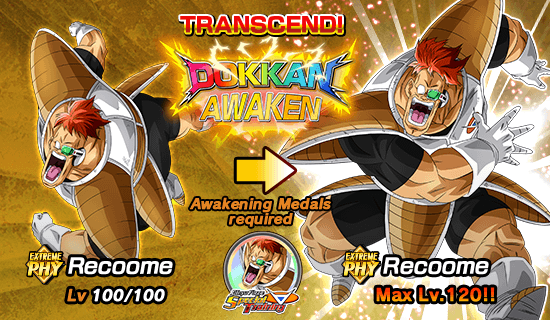 Complete the missions to get the Awakening Medals required for Dokkan Awakening!
On top of that, if you can recruit all the Ginyu Force members from this event and fully activate each member's Hidden Potential, you will be able to recruit [Ginyu Force Reborn] Ginyu (Goku) (Ginyu Force) [LR] to your team! 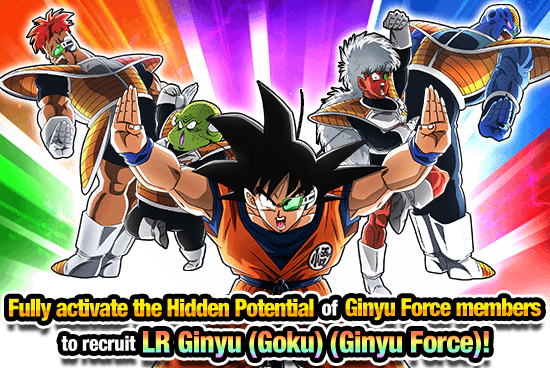 * Please go to the "Event Mission" page for more information about the rewards.
* The number of Awakening Medals required for Dokkan Awakening is limited.
Please be careful when selling or exchanging them for Trade Pts.
* For the Event Missions of the event, "Recoome" can be [Sprightly Swoop-In] Recoome or [Lethal Charge] Recoome. 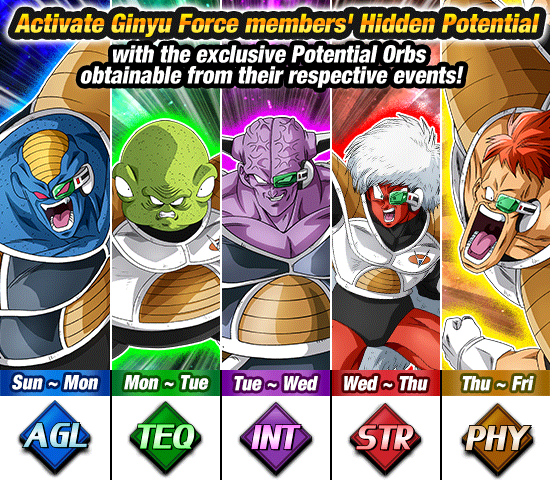 One Dragon Stone will be rewarded for clearing Stage 1 on Z-HARD.
* Obtaining Dragon Stones as a clear reward can only be done once.
* Please note that the event content and dates are subject to change without prior warning!
We hope you continue to enjoy playing Dragon Ball Z Dokkan Battle!
PayPal Donation Donate Bitcoin