Eons ago, an evil wizard Bibidi created Majin Buu, who relentlessly inflicted carnage and destruction. As a result, hundreds of planets had been laid to waste.
Sensing the gravity of the situation, the Supreme Kais decided to put a stop to Majin Buu.
The battle between the gods and the Majin is about to begin... 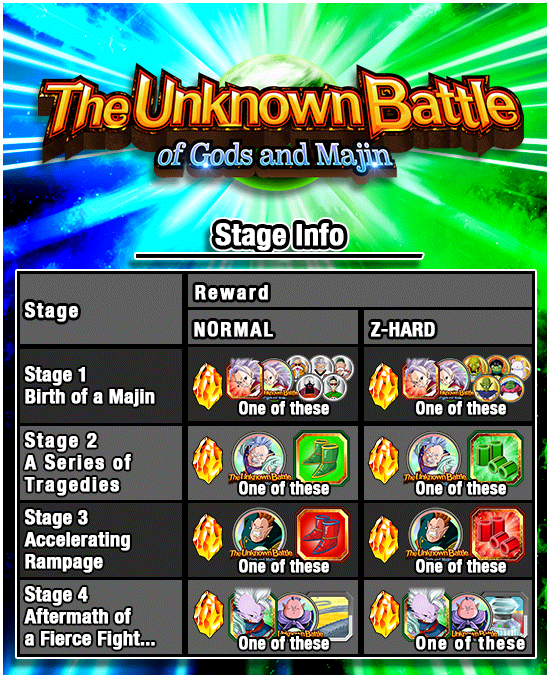 There is a chance to recruit [Holy Ambush] West Supreme Kai in Stage 1!

In addition, there is a chance to recruit [Strength of a God] Supreme Kai in Stage 4!

* You can also recruit [Holy Ambush] West Supreme Kai and [Strength of a God] Supreme Kai by completing Special Missions.

[Strength of a God] Supreme Kai can be Dokkan Awakened with Awakening Medals obtained from each Stage! 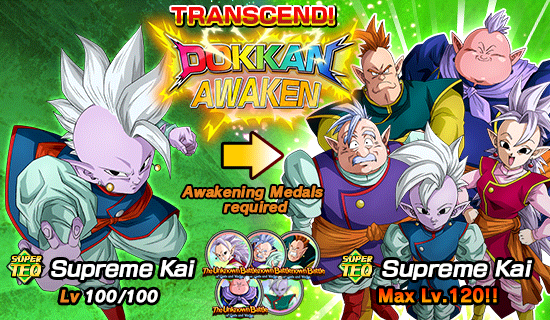 One Dragon Stone will be rewarded for clearing each stage from Stage 1 to Stage 4 on any difficulty. (8 Dragon Stones are available in total.)
* Obtaining Dragon Stones as a clear reward can only be done once.

"Special Missions" are available for this event! Complete the missions to get rewards!
* Please go to the "Special Mission" page for more information about the rewards.
* "Special Missions" will not be displayed if they have been completed in the past.
* Some Special Missions cannot be completed when challenging through the "Portal of Memories".
* Please note that the event content and dates are subject to change without prior warning.
We hope you continue to enjoy playing Dragon Ball Z Dokkan Battle!
PayPal Donation Donate Bitcoin