2 Super Saiyan Gotenks can be Extreme Z-Awakened! Seal the victory to get Awakening Medals! 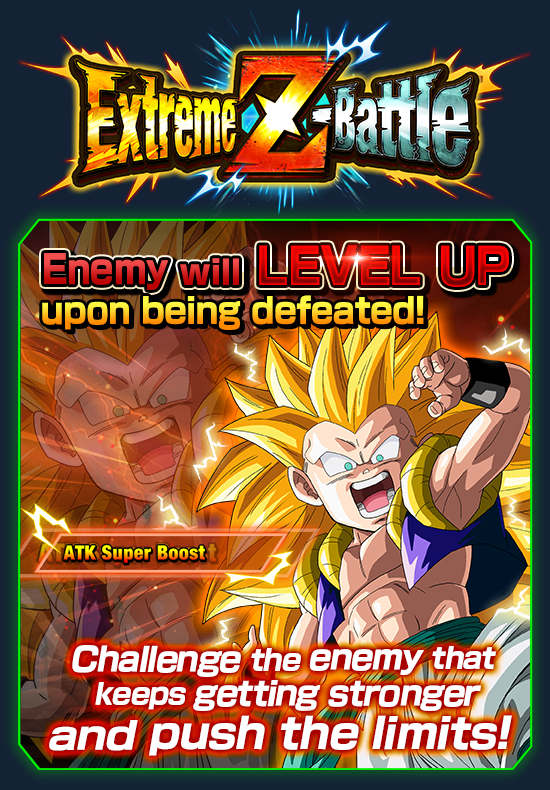 In "Extreme Z-Battle", the enemy will acquire new abilities and become more powerful after clearing certain levels! You can check the enemy's abilities in the "Battle Info" dialog!
Continues and Support Items are not allowed in this event!
No STA will be required before clearing each level for the first time, but you will need to consume STA to challenge certain levels you have already cleared!
Challenge the corresponding levels to acquire the Awakening Medals you need!

You can get 4 types of "Super Saiyan 3 Gotenks" Awakening Medals ([Bronze], [Silver], [Gold] and [Rainbow]) from Level 1 to Level 30!
In addition, you can get a Dragon Stone upon clearing each level from 1 to 30 for the first time!
You can also get fantastic rewards such as TEQ Potential Orbs or [Big Name in the Otherworld] Grand Kai [TEQ] upon defeating enemies of each level! 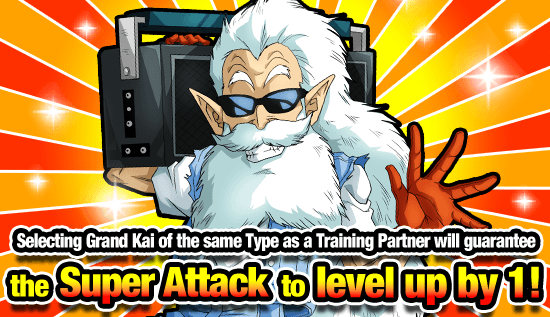 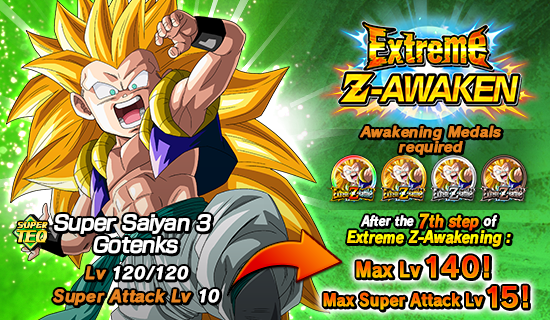 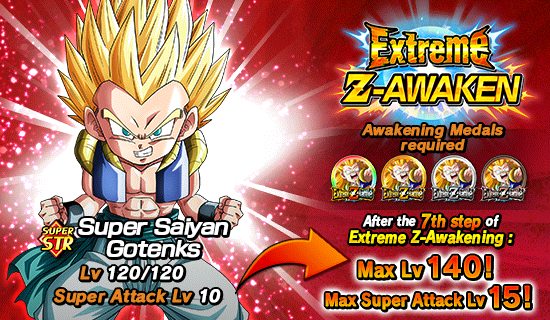 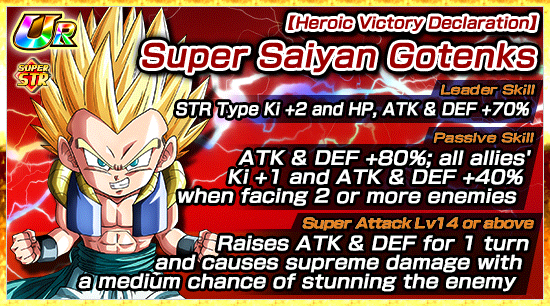 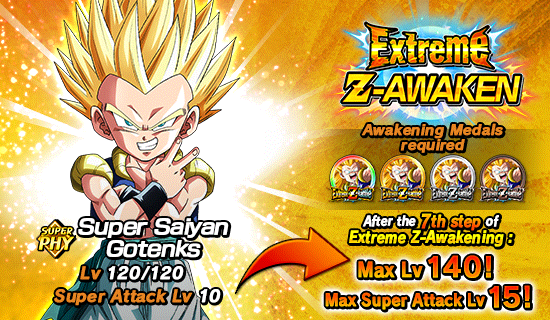 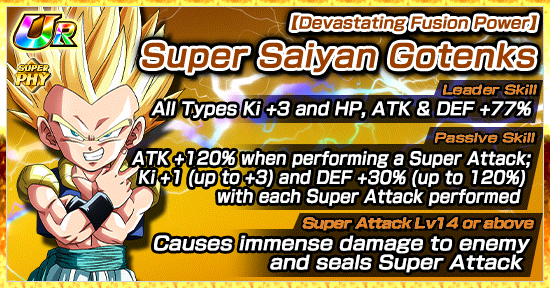