Clear the event to recruit Giru to your team! Collect Awakening Medals through missions to perform Dokkan Awakening!View Event


In search of the Black Star Dragon Balls, Goku and his friends kept on traveling, and set foot on Rudeeze, a sun-beaten planet of scorched sands.
Soon after landing, the crew was attacked by a savage Sandipede which wrecked their space ship.
To make matters worse, Pan came to consider herself a burden to the team and ran away into the desert all by herself! Sensing the unusualness in Pan's actions, Giru went after her into the desert...


Defeat the stage boss "Scorpulon" for a chance to recruit [Robot Met in Space] Giru to your team!

You can also obtain the event exclusive Potential Orbs by defeating the boss or picking them up on the map! 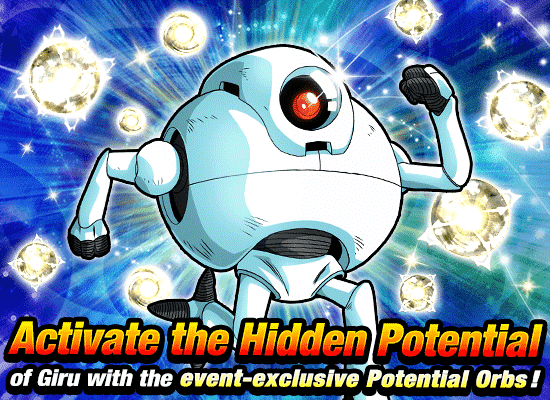 
[Robot Met in Space] Giru can be Dokkan Awakened with the Awakening Medals obtained through mission rewards! 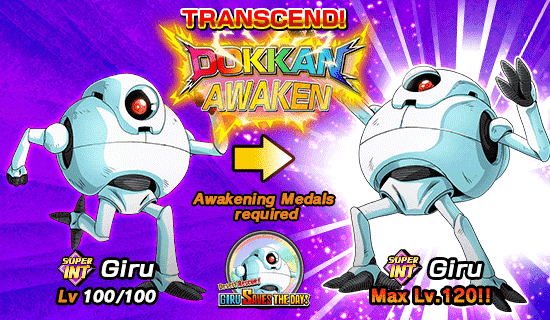 
You can also recruit [Robot Met in Space] Giru to your team by completing missions! On top of that, you can also obtain the Awakening Medals required for Dokkan Awakening Giru by completing certain missions.
* Please go to the "Special Missions" page for more information about the rewards.


* Some Special Missions cannot be completed when challenging through the "Portal of Memories".


One Dragon Stone will be rewarded for clearing Stage 1 on HARD. (1 Dragon Stone is available in total.)
* Obtaining Dragon Stone as a clear reward can only be done once.
* Please note that the event content and dates are subject to change without prior warning.
We hope you continue to enjoy playing Dragon Ball Z Dokkan Battle!
PayPal Donation Donate Bitcoin