Clear the event to recruit Vegeta Jr. to your team! Collect Awakening Medals through missions to perform Dokkan Awakening!View Event

Although Goku and friends had thwarted Dr. Myuu's evil ambitions, the day had yet to be saved. Anomalies were still occurring across all regions of the globe.
To make matters worse, the collected Dragon Balls that were meant to rectify the crisis had summoned an eternal dragon who possesses a never-before-seen evil Ki!
An unprecedented crisis is around the corner! 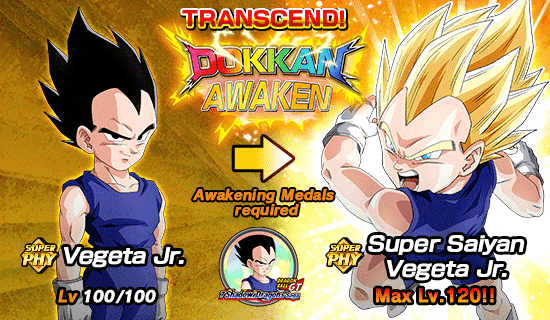 Once the Super Attack level of [Young Saiyan Descendant] Super Saiyan Vegeta Jr. reaches 10 or higher, he will be able to launch his Super Attack as his Ki hits 9 or more! 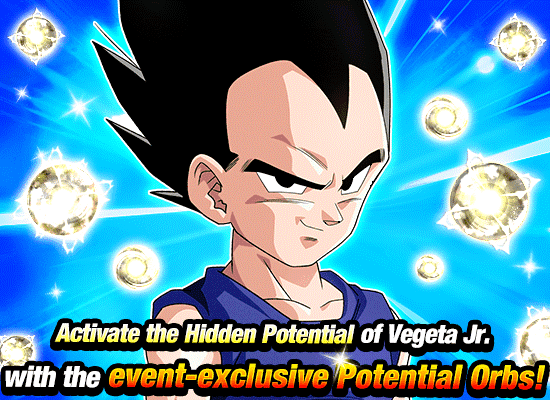 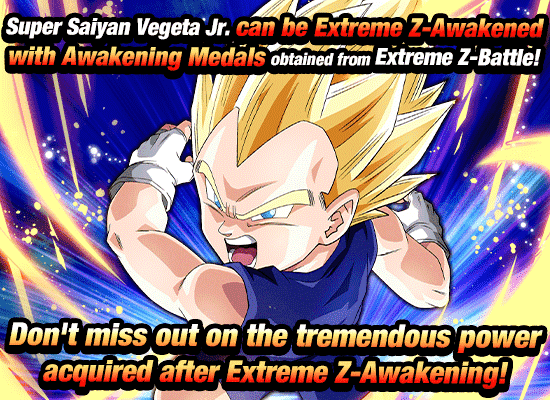 One Dragon Stone will be rewarded for clearing each stage from Stage 1 to Stage 12 on NORMAL or Z-HARD. (23 Dragon Stones are available in total.)
* Obtaining Dragon Stones as a clear reward can only be done once.
* Please navigate to "Special Missions" for more details.
* When "Vegeta Jr." is specified in the Special Missions, it only refers to [Eternal Bloodline] Vegeta Jr. and [Young Saiyan Descendant] Super Saiyan Vegeta Jr.
* Missions will not be displayed if they have been completed.
* Please note that the event content and dates are subject to change without prior warning.
We hope you continue to enjoy playing Dragon Ball Z Dokkan Battle!
PayPal Donation Donate Bitcoin