Collect exclusive Awakening Medals and aim for LR! Join the ultimate battle where "Continue" is not allowed!View Event

A menace from the future is looming around the corner... Win the ultimate battle where "Continue" is not allowed, and head straight to the "LR" realm!

There is a chance to recruit [Mysterious Monster] Cell (1st Form) to your team in Stage 1! 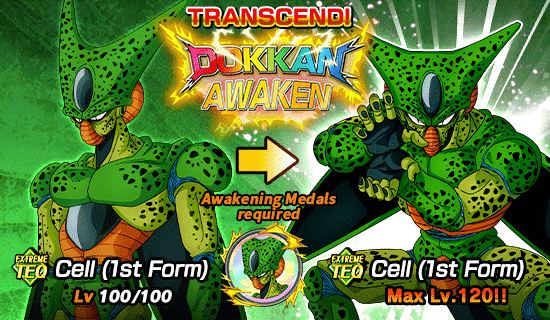 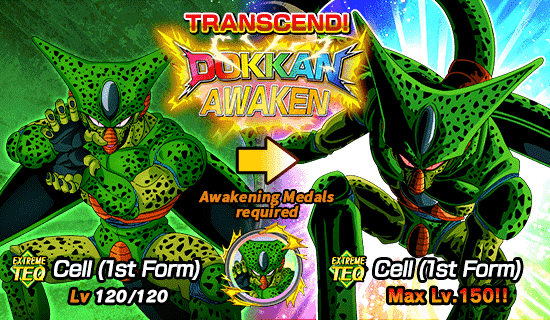 22:30 PST on Fridays ~ 22:29 PST on Saturdays 22:30 PST on Mondays ~ 22:29 PST on Tuesdays
* Caution: Event Times in Dokkan Battle are listed in Pacific Standard Time (PST) instead of Pacific Daylight Time (PDT).
* During special campaigns, this event may be available outside of the time listed above.
* Please note that the event content and dates are subject to change without prior warning.
We hope you continue to enjoy playing Dragon Ball Z Dokkan Battle!
PayPal Donation Donate Bitcoin