Years had passed since the showdown with Cell... Gohan, now a high schooler, had decided to enter the World Tournament due to complicated reasons.
Goku, who can only return to the present world for one day, and other familiar friends also decided to participate. With the contenders assembled, the World Tournament was about to begin. However, what awaited the contenders was an unprecedented turbulent start...

There is a chance to recruit [First Day of High School] Gohan (Teen) in Stage 1 and [Evil Shadow] Spopovich in Stage 5!

[First Day of High School] Gohan (Teen) can be Dokkan Awakened with the Awakening Medals obtained from this event! 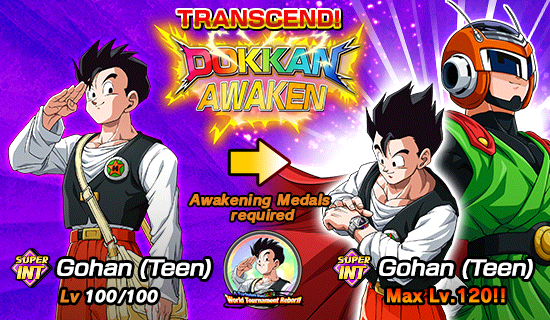 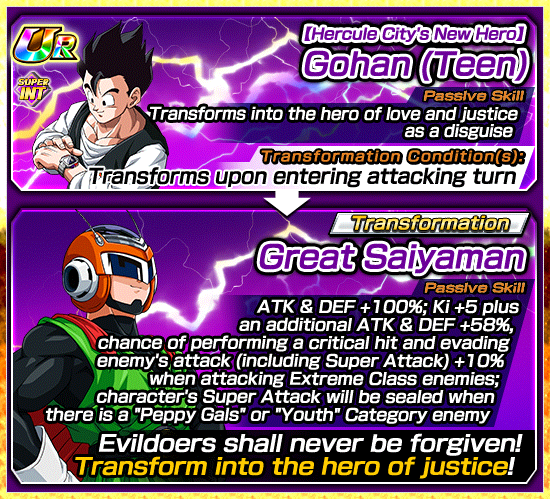 [Evil Shadow] Spopovich can also be Dokkan Awakened with the Awakening Medals obtained from this event! 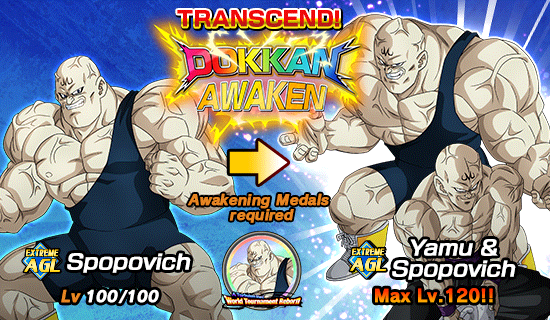 "Special Missions" are available in this event! Complete the missions to get rewards! * Please go to the "Special Missions" page for more information.
* Please note that the event content and dates are subject to change without prior warning.
We hope you continue to enjoy playing Dragon Ball Z Dokkan Battle!
PayPal Donation Donate Bitcoin