Collect exclusive Awakening Medals and aim for LR! Join the ultimate battle where "Continue" is not allowed!View Event

The determined earthling warrior's furious struggle!
Win the ultimate battle where "Continue" is not allowed, and head straight to the "LR" realm!

There is a chance to recruit [Spirited Earth Defense] Krillin to your team in Stage 1! 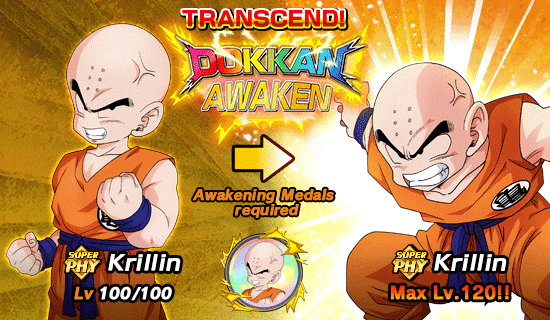 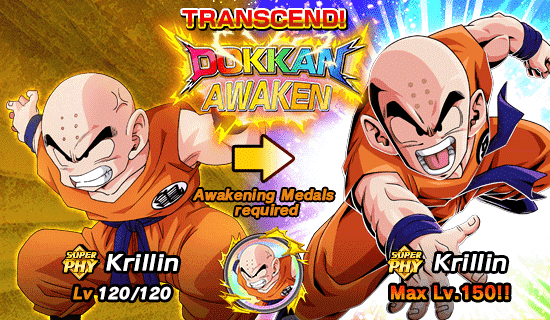 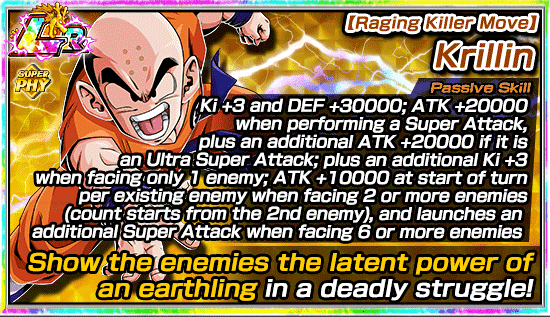 22:30 PST on Saturday ~ 22:29 PST on Sunday 22:30 PST on Thursday ~ 22:29 PST on Friday
* Caution: Event Times in Dokkan Battle are listed in Pacific Standard Time (PST) instead of Pacific Daylight Time (PDT).
* During special campaigns, this event may be available outside of the time listed above.
* Please note that the event content and dates are subject to change without prior warning.
We hope you continue to enjoy playing Dragon Ball Z Dokkan Battle!
PayPal Donation Donate Bitcoin