Zamasu continued his training under the tutelage of Gowasu, the Supreme Kai of Universe 10.
Although Zamasu possessed prodigious combat power, he had developed distrust towards mortals as they continued to make mistakes and fight against each other.
One day, Goku, a Saiyan capable of rivaling a God of Destruction despite being a mortal, appeared before Zamasu...

Recruit [Supreme Kai's Shady Apprentice] Zamasu to your team and Dokkan Awaken him! 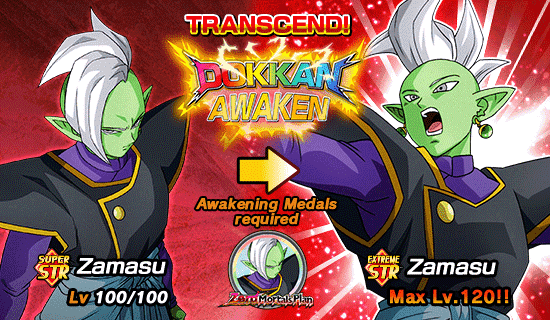 Coming soon!
* Please note that the event content and dates are subject to change without prior warning.
We hope you continue to enjoy playing Dragon Ball Z Dokkan Battle!
PayPal Donation Donate Bitcoin