More fantastic deals are available at Baba's Shop! Complete the extra Daily Missions to get more 5th Anniversary Coins and exchange them for awesome rewards! *The event will end soon! 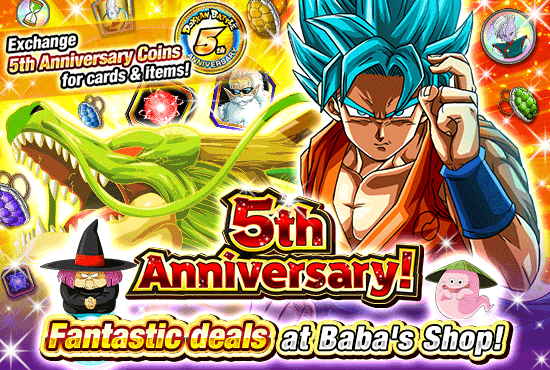 * If the 5th Anniversary Coins are not used during the event period, they will be rendered obsolete after the event ends.
* The maximum number of times a character or an item can be exchanged for differs.
* Please note that the event content and dates as well as the items available at Baba's Shop are subject to change without prior warning.
We hope you continue to enjoy playing Dragon Ball Z Dokkan Battle!
PayPal Donation Donate Bitcoin