Broly (Kid) and Vegeta (Kid) can be Dokkan Awakened! Collect Awakening Medals in this event!View Event

During his visit to Planet Vegeta, King Cold made an announcement to the Saiyans: the army will be taken over by his son, Frieza. Thus, the Saiyans had fallen under the reign of their new general. The only hope for King Vegeta, the Saiyan leader, was his son prince Vegeta, who possessed prodigious strength. However, King Vegeta noticed Broly, whose potential exceeded that of the prince. Thus was the turning point of the young Saiyans' fate... 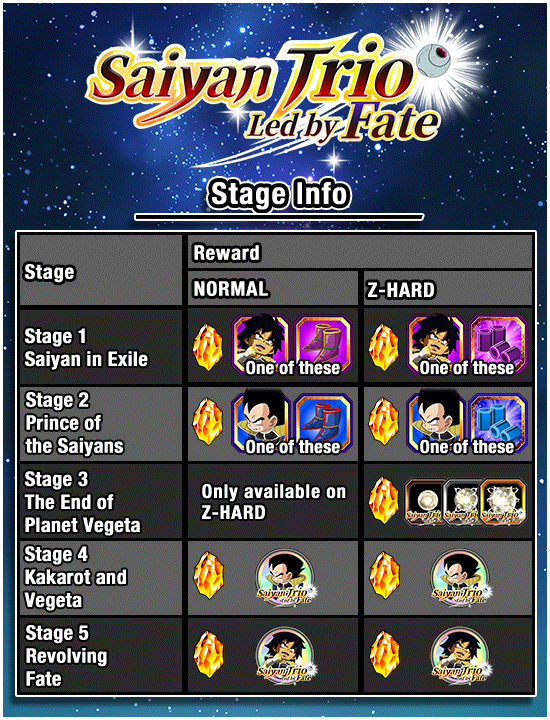 * In Stage 4, you can choose to fight Goku or Vegeta. The obtainable rewards and drop rates are the same. 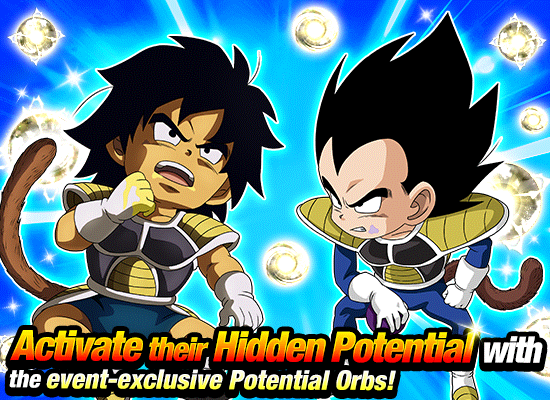 Broly (Kid) and Vegeta (Kid) can be Dokkan Awakened with the Awakening Medals obtained from this event! 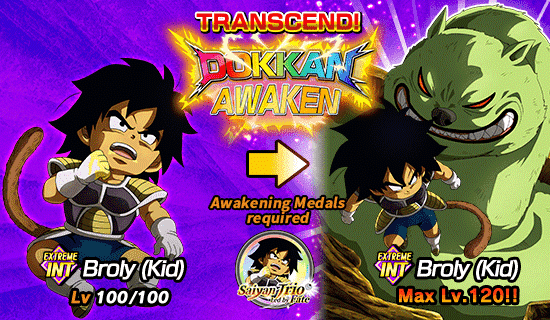 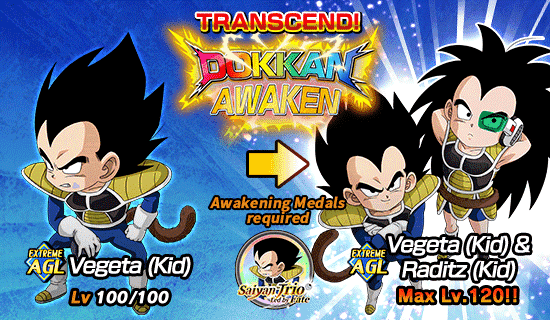 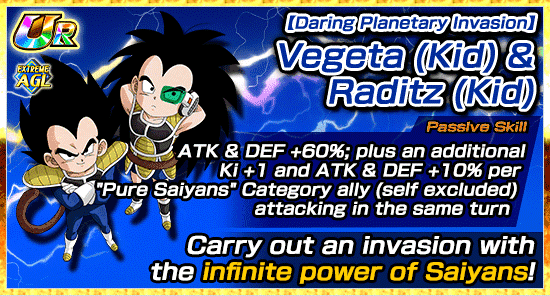 "Special Missions" are available in this event! Complete the missions to get rewards and recruit Broly (Kid) and Vegeta (Kid) to your team!
* Please go to the "Special Missions" page for more information.
* Please note that the event content and dates are subject to change without prior warning.
We hope you continue to enjoy playing Dragon Ball Z Dokkan Battle!
PayPal Donation Donate Bitcoin