Work together to meet all 7 conditions! Check the progress of each condition in this announcement! 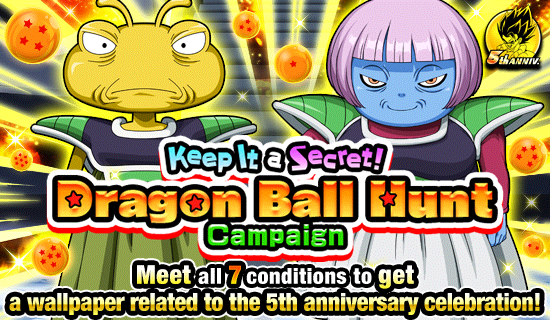 7/19 (Sun) 16:00 ~ 7/24 (Fri) 15:59 PST
* Caution: Event Times in Dokkan Battle are listed in Pacific Standard Time (PST) instead of Pacific Daylight Time (PDT).
Congratulations! All conditions have been met!
We have collected all seven Dragon Balls!
To celebrate the achievement, 10 Dragon Stones, 10 "5th Anniversary Coin" and a wallpaper related to the 5th anniversary celebration will be distributed!
Go claim the rewards from your Gift Box!
= Wallpaper Related to the 5th Anniversary = 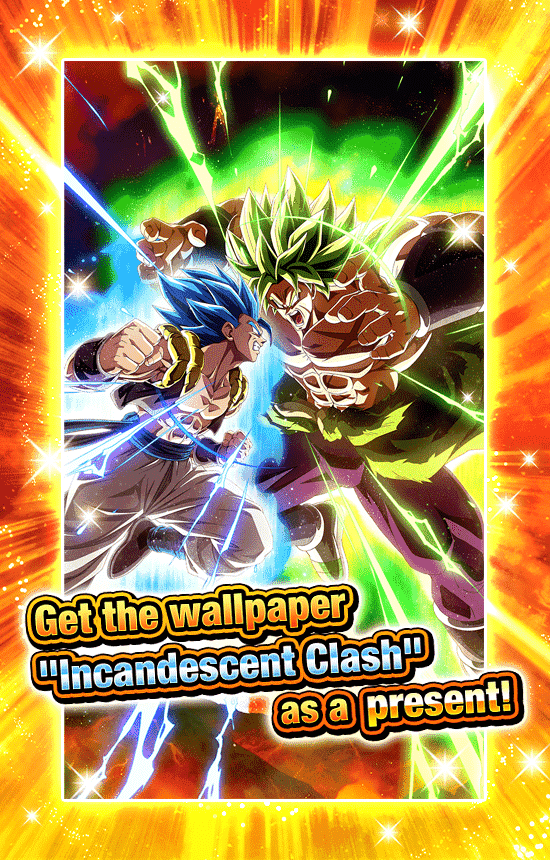 Current count: 261,491,963 * For the condition "Complete the specified missions at least 5,550,000 times", only the completion of the following missions will be counted: - [5th Anniversary] Daily Missions - [5th Anniv. Part 2] Special Missions 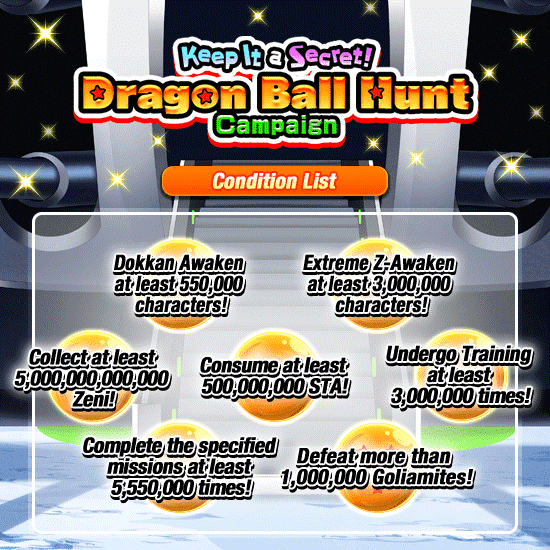 The rewards will be distributed sequentially once the corresponding condition is met.

Once a condition is met, the corresponding rewards will be distributed sequentially and can be claimed before 7/30 (Thu) 15:59 PST.
* Caution: Event Times in Dokkan Battle are listed in Pacific Standard Time (PST) instead of Pacific Daylight Time (PDT).
* The rewards will be sent directly to your Gift Box.
* Please note that the event content and dates are subject to change without prior warning.
We hope you continue to enjoy playing Dragon Ball Z Dokkan Battle!
PayPal Donation Donate Bitcoin