Stage 9 and Stage 10 have been added! Recruit Uub (Youth) to your team and Dokkan Awaken him!View Event

Gohan had received an immense boost in strength after the Elder Kai awakened his latent potential.
Suppressed by Gohan's overwhelming power, Majin Buu detonated himself and hid away.
However, he reappeared before Gohan and the others an hour later without having any apparent changes. What on earth did Majin Buu have in mind...?

There is a chance to recruit [The Surviving Savior] Hercule in Stage 1, [Revival for the Entire Universe] Goku in Stage 2 and [Diligent Firstborn] Uub (Youth) in Stage 9!

[Revival for the Entire Universe] Goku can be Dokkan Awakened with the Awakening Medals obtained from Stage 5! 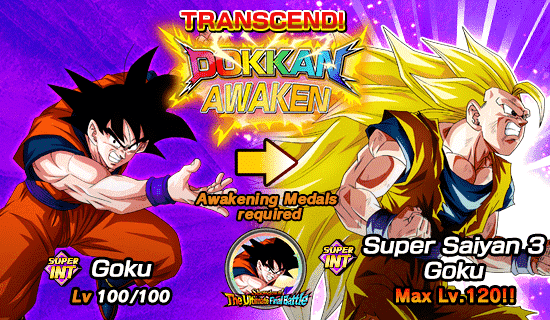 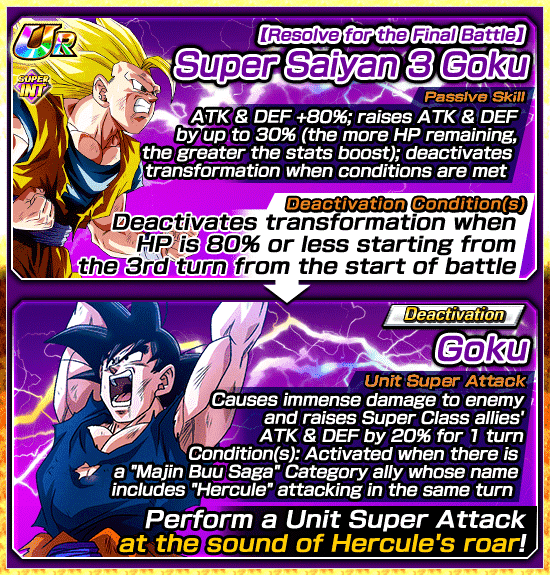 [The Surviving Savior] Hercule can be Dokkan Awakened with the Awakening Medals obtained from Stage 7! 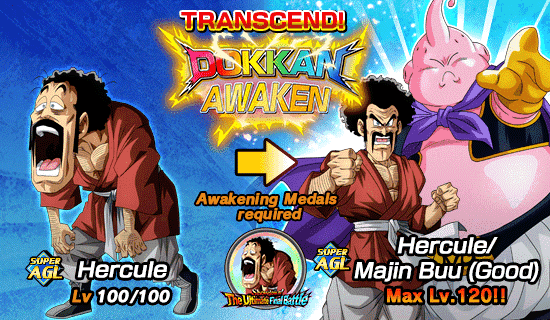 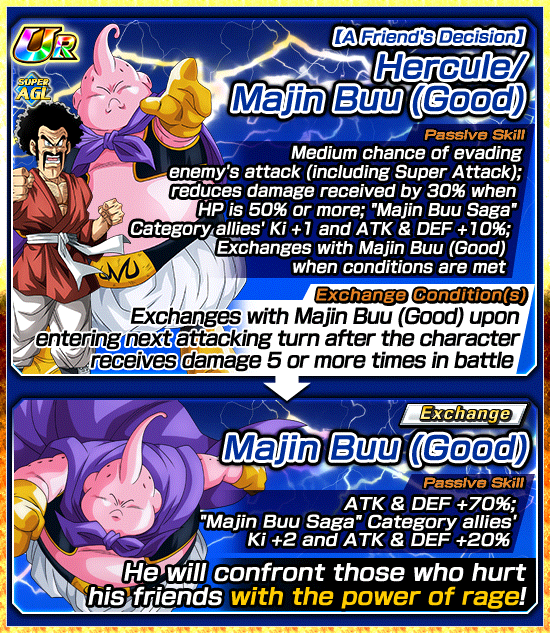 [Diligent Firstborn] Uub (Youth) can be Dokkan Awakened with the Awakening Medals obtained from Stage 10! 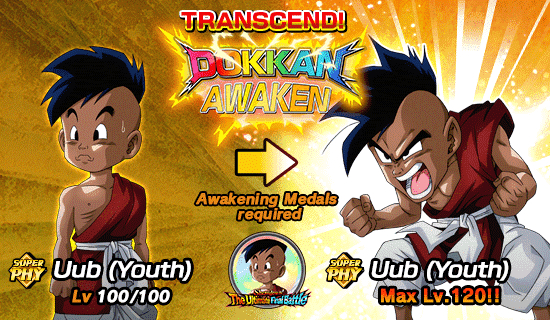 [Revival for the Entire Universe] Goku can be Dokkan Awakened into [Resolve for the Final Battle] Super Saiyan 3 Goku, who is able to launch a "Unit Super Attack" when certain conditions are met after his transformation is deactivated! 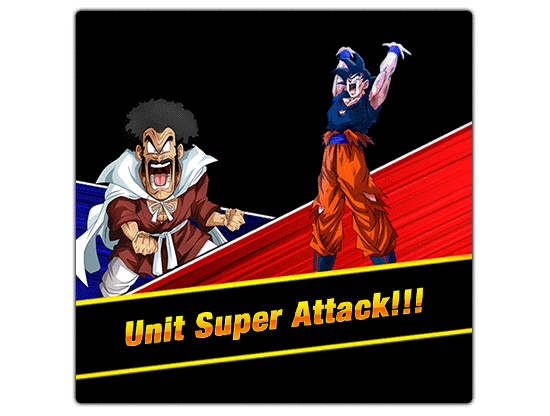 - Build your team with characters from the "Majin Buu Saga" Category!

"Event Missions" are available in this event! Complete the missions to get rewards!
* Please go to the "Event Missions" page for more information.
* Missions will not be displayed if they have been completed.
* Please note that the event content and dates are subject to change without prior warning.
We hope you continue to enjoy playing Dragon Ball Z Dokkan Battle!
PayPal Donation Donate Bitcoin