Japanese Version vs. International Version! The result will determine which special SSR character joins your team! 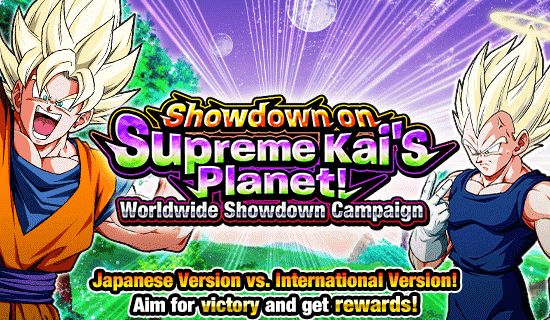 9/14 (Mon) 21:00 ~ 9/17 (Thu) 20:59 PST
* Caution: Event Times in Dokkan Battle are listed in Pacific Standard Time (PST) instead of Pacific Daylight Time (PDT).
= Showdown Mission Reward Claiming Period =
9/18 (Fri) 00:00 ~ 9/24 (Thu) 06:59 PST
"Showdown on Supreme Kai's Planet! Worldwide Showdown Campaign" is on!
Include characters from the "Goku's Family" Category or the "Vegeta's Family" Category on your team and clear stages from "Quest" or "Event"!
For the Showdown Missions, the number of stages cleared by the Japanese Version and the International Version will be recorded, and the side that cleared more stages will be the winner!
Depending on the result, either Super Saiyan Goku or Super Saiyan Vegeta (Angel) will join your team!
Personal Missions are also available! Corresponding rewards can be obtained depending on the number of stages you have cleared! Awesome rewards including 10 Dragon Stones and 7 Celebration Summon Tickets can be obtained by completing all the Personal Missions!
You can only obtain the Showdown Mission rewards after completing the specified Personal Mission, so start with the Personal Missions!
You can check the mission progress at "Mission", which is located at the home screen! 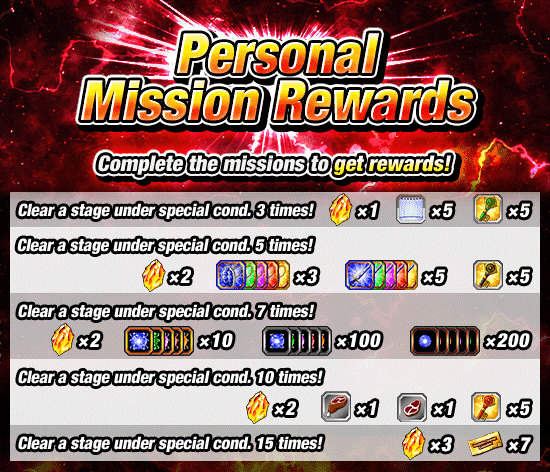