New SSR Demon King Piccolo (Elder) arrives! Recruit him as a Local Ranking reward and aim to awaken him into an LR! 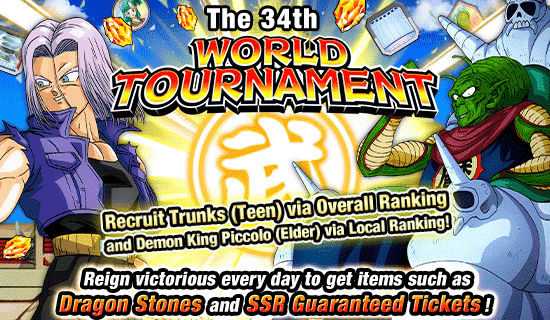 10/29 (Thu) 22:30 ~ 11/1 (Sun) 21:59 PST
* Caution: Event Times in Dokkan Battle are listed in Pacific Standard Time (PST) instead of Pacific Daylight Time (PDT).
The 34th World Tournament opens!
New Demon King Piccolo (Elder), who can be Dokkan Awakened into an LR, can be recruited as a Local Ranking reward!
Advance to the top to get awesome rewards!

Starting from this World Tournament, [Massive Evil Shadow] Demon King Piccolo (Elder) can be recruited as a Local Ranking reward!

[Massive Evil Shadow] Demon King Piccolo (Elder) can be Dokkan Awakened into an LR with the Awakening Medal "Master's Mark"! 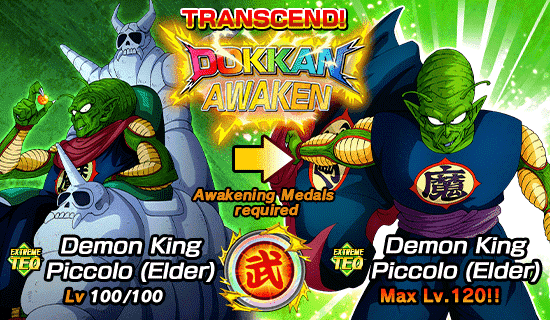 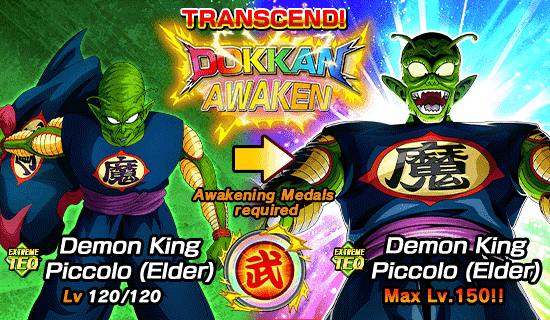 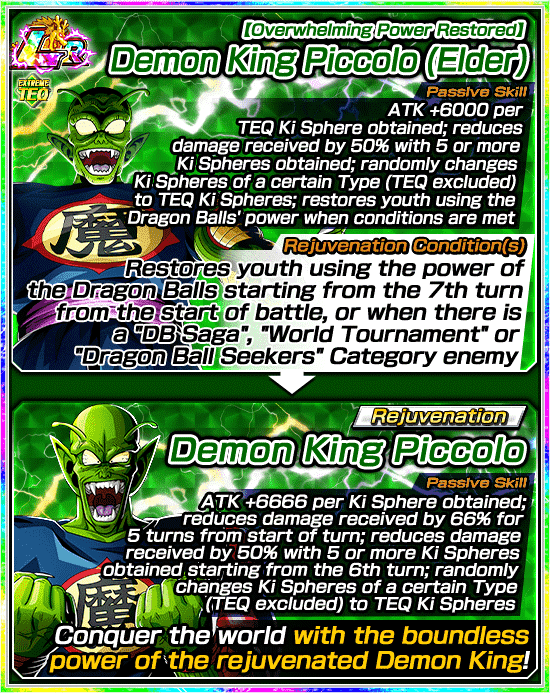 In addition, [Radiant Battle] Trunks (Teen) can be recruited as an Overall Ranking reward in this World Tournament!

The above character can also be recruited by collecting a total of 23 million Tournament Points! 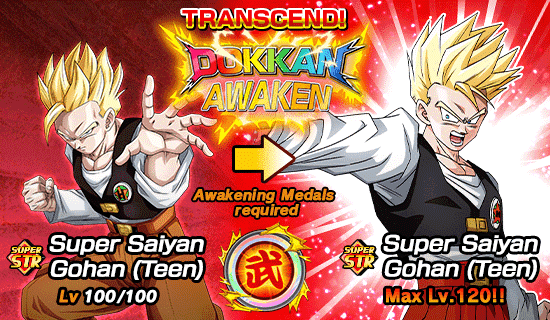 Complete certain missions with characters from the Categories "World Tournament", "DB Saga" and "Final Trump Card" to get the Awakening Medal "Master's Mark"!
In addition, the following rewards can be obtained by completing all the Daily Missions every day during the 3-day period! - Dragon Stone x9 - (Silver) World Tournament Ticket x15 - Hercule Statue (Gold) x15 - [Light Doze] Elder Kai (Dozing) x15 - (Silver) SSR Guaranteed Ticket x6 - Gravity Chamber (150G) x3
Complete missions every day to get awesome rewards!
* Please navigate the path "The World Tournament main page --> Reward --> Missions" or go to the "Special Missions" page for more information about the missions and the rewards.
* The Daily Missions of this World Tournament will be listed on the "Special Missions" page.
* Please claim the rewards of the Daily Missions by 15:59 PST the next day.

Two kinds of Summon Tickets can be obtained from the World Tournament! Either 1 Gold Ticket or 5 Silver Tickets are required to perform a summon!
- World Tournament Ticket Summon

Starting from this World Tournament, [Hyena's Territory] Yamcha, who was available as a Local Ranking reward, can be recruited from the SSR Guaranteed Summon!
* The available characters from the Summon Events listed above will vary.
* Please check the separate announcement for details on the Summon Events. 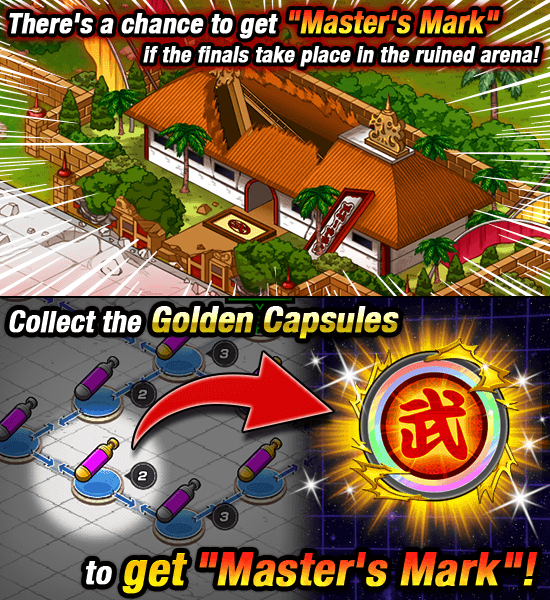 There's a chance to explore the Bonus Map as you proceed from the Preliminary to the Final! Numerous capsules that contain items including Support Items or Awakening Medals will appear on the Bonus Map.

Please navigate the following path for more information on the rules of the World Tournament: "The World Tournament main page --> Help"
* Please note that the event content and dates are subject to change without prior warning.
We hope you continue to enjoy playing Dragon Ball Z Dokkan Battle!
PayPal Donation Donate Bitcoin