Goku's battle against the Shadow Dragons, who were born due to the repeated use of the Dragon Balls, had begun.
Witnessing the fierce clash between Goku, who had transformed into Super Saiyan 4, and the Shadow Dragons, Vegeta became fully aware of the gap between his strength and that of Goku.
What is on Vegeta's mind now that he has given up on surpassing Goku...? 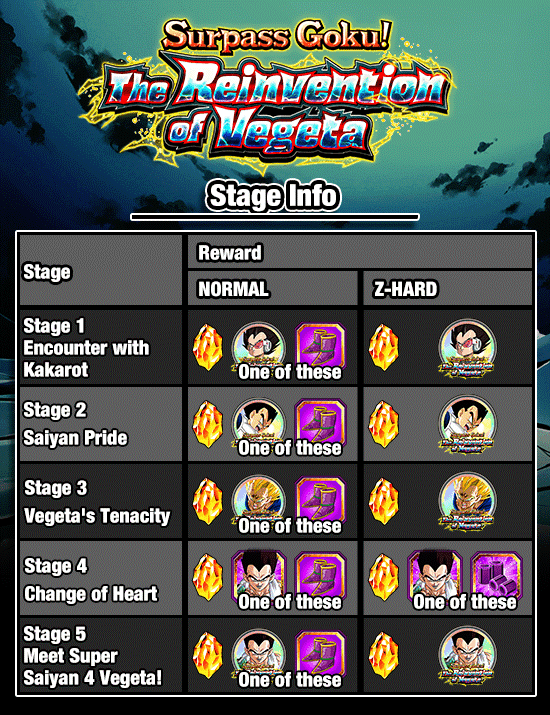 There is a chance to recruit [Plan for the Final Battle] Vegeta (GT) in Stage 4!

[Plan for the Final Battle] Vegeta (GT) can be Dokkan Awakened with the Awakening Medals obtained in Stages 1, 2, 3 and 5! 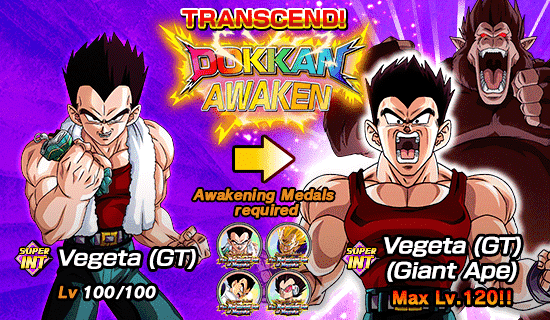 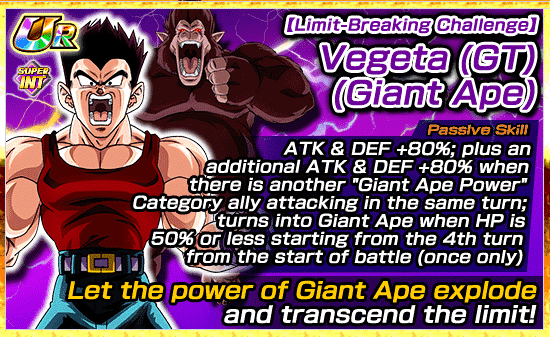 One Dragon Stone will be rewarded for clearing each stage from Stage 1 to Stage 5 on NORMAL or Z-HARD. (10 Dragon Stones are available in total.)
* Obtaining Dragon Stones as a clear reward can only be done once.