Work as a team and complete the missions together to obtain awesome rewards including Dragon Stones and 6th Anniversary Coins! 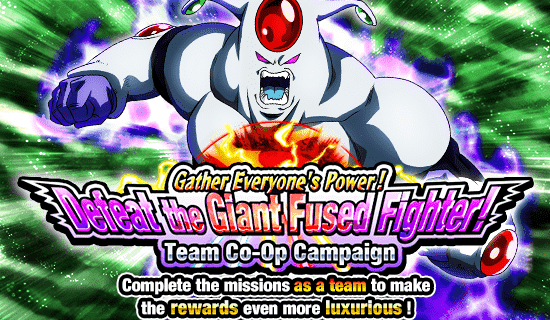 7/26 (Mon) 22:00 ~ 8/1 (Sun) 15:59 PST
* The above is the reward claiming period for the Team Mission rewards and ranking rewards.
"Gather Everyone's Power! Defeat the Giant Fused Fighter! Team Co-Op Campaign" is on!
Work as a team and gather everyone's power to defeat the fused fighter Anilaza!

Include at least 3 "Representatives of Universe 7" Category characters on your team and clear stages from Quest or Event! Missions will be completed based on the number of stages cleared by the team!
- Fulfill the participation requirement of the Team Missions! You can only attempt the Team Missions after you complete the Personal Mission "Clear a stage under special cond. once."!
- Raise the Team Mission Reward Rank! The Reward Rank will be raised every time your team has cleared a certain number of missions! Corresponding rewards can be obtained depending on the rank reached!
- Aim to reach a higher ranking in your team! In this campaign, there will be a ranking in each team! Your ranking is decided by your contribution to your team! After the event period ends, corresponding rewards will be distributed based on your final ranking! 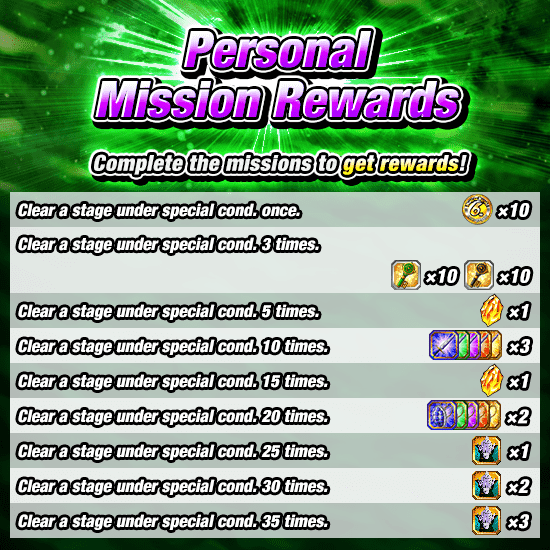 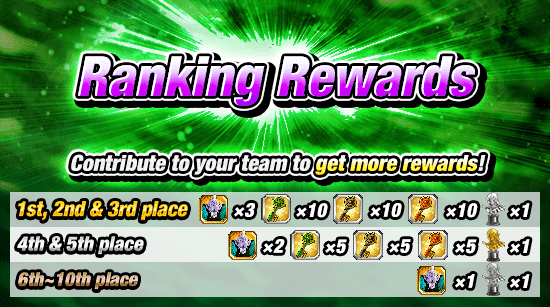 * Ultimate Clash clears are excluded from the completion conditions of missions. In addition, Friend characters are also excluded.
* Rewards of the Personal Missions can be claimed upon mission completion. Please note the Personal Mission rewards will not be sent to your Gift Box.
* Ranking rewards will not be distributed to users confirmed to have violated the Terms of Service.
* Please navigate the following path for more information on the missions or mission progress: "Home Screen" --> "Mission" --> "To Campaign Missions" --> "Personal Missions" or "Team Missions".
* Please note that the event content and dates are subject to change without prior warning.
We hope you continue to enjoy playing Dragon Ball Z Dokkan Battle!
PayPal Donation Donate Bitcoin