A legendary warrior that appears once in a millennium, the Super Saiyan...
Frieza had always wanted to eliminate the Saiyan race to curb the possibility of a Super Saiyan emerging from the Saiyans, who had become powerful over time.
Having discovered Frieza's plan, Bardock fought against Frieza by himself until the very end, yet he stood no chance against Frieza's overwhelming power and was eliminated along with Planet Vegeta.
However, the space pod carrying Bardock's son, Kakarot, escaped the explosion of Planet Vegeta and headed towards a distant planet, Earth... 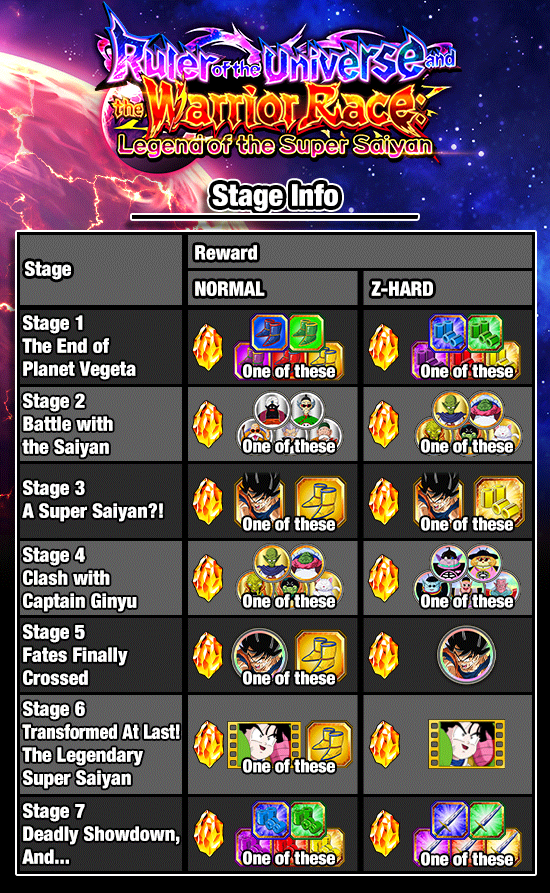 There is a chance to recruit [Super Gravity Training] Goku in Stage 3!

* [Super Gravity Training] Goku was available as a reward in the past event "3rd Anniversary! STA Consumption Campaign".

The Support Memory "Gohan's Tears" can be obtained in Stage 6! 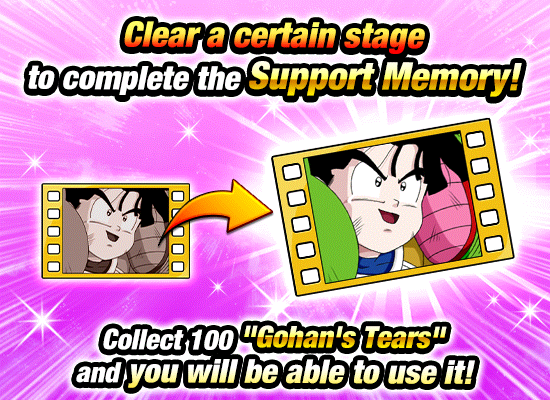 - Gohan's Tears Effect: "Goku's Family" Category allies' ATK & DEF +10% for 2 turns from the start of battle (once only)

[Super Gravity Training] Goku can be Dokkan Awakened with the Awakening Medals obtained in Stage 5! 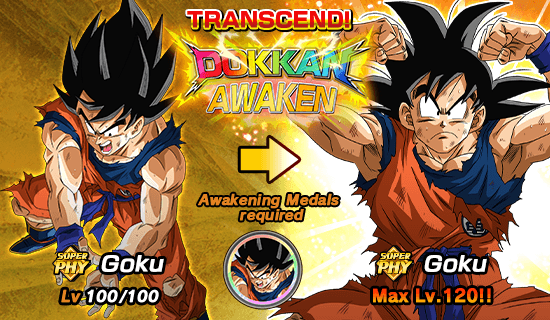 One Dragon Stone will be rewarded for clearing each stage from Stage 1 to Stage 7 on NORMAL or Z-HARD. (14 Dragon Stones are available in total.)
* Obtaining Dragon Stones as a clear reward can only be done once.

"Special Missions" are available in this event! Complete the missions to get rewards!
* Please go to the "Special Missions" page for more information.
* Please note that the event content and dates are subject to change without prior warning.
We hope you continue to enjoy playing Dragon Ball Z Dokkan Battle!
PayPal Donation Donate Bitcoin